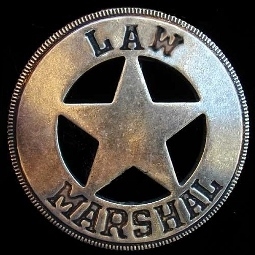 So far in my gaming history, two characters have emerged that remain in everyone’s memory.

The first is Glim, a theif who can literally disappear before your eyes… and reappear to hit you with a killing back stab. I haven’t played Glim in a while, and would have to review his sheet to get familiar with him again. His sneak attacks were improved by a couple die steps, and his key item was why he was such a danger: an ethereal cloak. It allowed him to pop back and forth from the ethereal plane, which is why Glim is associated with the phrase “flippin’ the hood!” Of course, it was quite the surprise in one battle when he flipped into the ethereal plane to get the advantage on his foes to discover a group of angry ghosts waiting for him. Glim ended up fighting two battles in one!

The other is Gibbs, the swashbuckler who’s on his way to becoming a pirate to be remembered! Currently on a mission of revenge, he was once caught up in the strange happenings of the coming Age of Worms. Now with his own ship and returned to the seas, Gibbs is ready to take the Three Owls Trade Company head on! Notable battles are whenever Gibbs performed some desperate act of acrobatics to save a companion or deal a killing blow to an enemy. For example, jumping off a balcony onto the back of a huge ape, killing it with the fall of his sword and riding the collapsing body safely to the ground. Another was quickly tying off a rope and sliding down into a 60 foot cavern to save a friend who had fallen and was being attacked in the dark by ropers. In addition, there were many fast moves that involved tumbling through enemies to deliver aid to allies in battle many times. He is certainly a FUN character to play, able to do the kind of things you’d see in Indiana Jones and such.

Another character of note is Galdor the druid. As a child, he was traveling with his father away from his home for the first time. They were headed for a human city to sell his father’s finely crafted swords, but were betrayed by a group of human adventurers along the way. As Galdor ran for his life, he witnessed his father’s murder as the adventurers stole his swords. Hiding in the woods, Galdor was found and taken in by a settlement of elven druids. There he grew up and learned the ways of the druids, then set off to find his father’s swords.

BurtMiller updated the wiki page Renfield in the campaign Dying Suns
May 09, 2019 07:06

BurtMiller created the wiki page Renfield in the campaign Dying Suns
May 08, 2019 07:05

BurtMiller updated the character Gimbal Treese in the campaign Dying Suns
May 08, 2019 07:04

BurtMiller updated the character Tiras Khell in the campaign Dying Suns
May 08, 2019 07:03

BurtMiller updated the character Danica Grey in the campaign Dying Suns
May 08, 2019 07:01

BurtMiller created a new character Tiras Khell in the campaign Dying Suns
May 08, 2019 07:00

BurtMiller created a new character Gimbal Treese in the campaign Dying Suns
May 08, 2019 06:16