AgentOfShield doesn't currently have any campaigns. 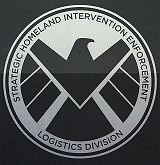 The games that I enjoy, and the games I think are going to be popular and profitable in the future, share a number of traits:

- Easy to understand, but difficult to master

- Cohesive conceptual model, which means a strong relationship between theme and mechanics along with a ruleset and system that work smoothly

- Good realism and theme granularity without many special case rules

- Hybridize board and video games, leveraging the tactile and high-resolution nature of physical bits with the accounting and logic engine of a computer, which shifts the drudgery of play and rules management out of the actual playing experience

- For wargames, some sort of campaign ruleset on top of shorter tactical games, enabling a hybridization of granularity with grand strategy

For the people who really want to understand where I’m coming from in my perspectives as a gamer, here is a fairly exhaustive personal gaming biography:

My earliest memory of gaming was when I was three years old and, when accompanying my father to Sears, joining a large group of people transfixed around a Pong display. You could say I’m one of the first children of the digital gaming era.

Like many Americans, my first favourite game was Monopoly. I’m not sure how old I was when I started playing, but I do know that I won a Monopoly trivia contest at a local restaurant when I was five years old, so needless to say it was quite young. Other early board games for me included Chess, Stratego and Risk. My grandfather taught me how to play Chess and we played
frequently which, given our mutual affection for each other, certainly accelerated my interest in gaming. Simultaneously I was playing a lot of cartridge games on the Atari 2600 and an old TI-99/4A computer.

At eight years old I discovered Dungeons and Dragons. Along with other role playing games including Top Secret, James Bond 007, and counter games like Car Wars, these filled my free time through the age of 12. Somewhere during this phase I received Squad Leader as a gift and messed around with a bit without really playing it. I also got and loved the early GameMaster Series, particularly Axis & Allies but also Conquest of the Empire and Fortress America. On the computer side of things I was playing on an Apple IIe, games like the Wizardry and Ultima series, along with various other random games including Archon, Autoduel, One-on-One with Dr. J and Larry Bird, and Flight Simulator. I even programmed my own “Choose your own adventure”-style game in Basic. As Carroll O’Connor and Jean Stapleton sang, “Those were the days.”

In my teens I got interested in sports and girls, leaving much of my previous gaming interest behind. Video games like the original and early Madden football games still occupied some of my time, along with the original and early NHL franchise of EA games. This is also when I first got involved in Strat-O-Matic sports games, playing a lot of the hockey, some of the baseball, and a little of the pro football. My friends and I were so overboard on the hockey that way back in 1986 we came up with our own rules around penalties (including creating a deck of cards that replaced the “2 minute penalty” with real penalties like “Hooking”), extended rules around fighting (how fun!) and even taking the little letter and number stickers that came with VCR tapes and putting the jersey numbers and captain’s designations (“C”‘s and “A”‘s) on the cards themselves. By my late high school years girls completely replaced both sports and gaming, and my game play reduced to a near-trickle.

By the time I was in university I was married and back interested in gaming again. Strat-O-Matic Baseball became my game of choice, and I joined various expert leagues while starting one of my own that continues to run in my absence to this day. Other games of interest included Win, Place & Show (for which I created a heavy set of custom rules and ran a league around) and Axis & Allies (again!). On the computer side my gaming choices were decidedly strategic and frequently wargames, ranging from an old American Civil War game called “The Blue and the Gray”, a variety of submarine games (I was a big “Hunt for Red October” fan), some World War 2 games, and Spaceward Ho. This basic pattern of gaming, dominated by Strat-O-Matic baseball, continued until around 2000 when my career took off and I stopped gaming.

Then in 2004 my nine year-old son returned from summer camp all excited about a new game, Settlers of Catan. I had never heard of it but purchased it for him anyway. Thus began my introduction to Euro board games and my re-indoctrination into heavy gaming in general. In subsequent years as a family we purchased games like Ticket to Ride and Attika, along with easy miniatures games like Star Wars and Pirates of the Spanish Main. Getting my sons interested in board games – games that we could all play and enjoy together, no less – was a wonderful discovery.

In parallel, I got very involved in playing poker in 2002, at the very beginning of poker’s ascent in popular culture. While we were enjoying family games I was first winning and later losing thousands of dollars as an aspiring poker “semi-professional.” At some point on my downward slide I realized that poker wasn’t fun anymore, and the $200 I lost that day could have bought me four cool new board games that I could play as much as I wanted (as opposed to being lost in a matter of hours and gone forever). That got me back into gaming beyond Euros.

Thanks to designer Rick Young’s passion on Board Game Geek and ConsimWorld, Europe Engulfed was my first purchase. Since then I’ve been indoctrinated into a myriad of games, initially Combat Commander: Europe, Command & Colors Ancients, Manoeuvre, Bonaparte at Marengo, 1960, EastFront II and more. I started also picking up computer games again, initially Company of Heroes, Civilization 4, Rise of Nations, Galactic Civilizations, Hearts of Iron 2,
Defcon and more.

In late 2008 I developed an appetite for longer multi-player online games, first playing Kriegspiel, then Battlestar Galactica, and finally settling on Diplomacy which as an online game has become my most frequently played game by some margin. It was also at this time that I started thinking concretely thinking about designing my own board games, the idea for my current prototype Age of Influence coming at the beginning of 2009 and my other current prototype NextWar a few months later.

During 2009 my game choices included, on the family/Euro side, Agricola, Power Grid, Puerto Rico, Age of Steam and Dominion. Notable board wargames played that year include Maria (my current favourite!), Here I Stand, East Front Series: Kiev to Rostov and Hellenes. On the computer my most played games were Solium Infernum, Field of Glory, Commander: Europe at War, Hearts of Iron III, Worldwide Soccer Manager 2009 and Empire: Total War.

It appears that gaming is going to be a pretty core part of my life from here on out. I so enjoy the strategy, the friendly competition, the great character and nature of most of the people in this hobby, and the fact that it appears to be a fun activity to be shared with my family both now and into the future. More, my many past experiences of expanding, deepening, or
otherwise re-designing the games I was playing is evolving into actively designing and publishing my own games. I’m really enjoying myself and feel like I’ve somehow come “home again” as a gamer.

Hard Times in the Big Easy

A Cautionary Tale of Two Cities