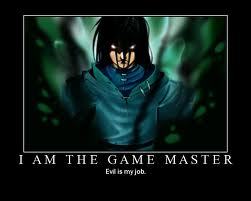 My names John, I'm a 37yo Digital Transformation Consultant. I've been running RPGs since I was 10 when I found a copy of Dungeoneer, the Advanced Fighting Fantasy core rules, in a bargin bin in WHSmiths. I took it home, read it cover to cover and then took it into school the next day and roped a couple of friends into playing in the lunch break. The game became a regular thing and we played every lunch break for the next year and a half until we went to different secondary schools and lost contact. Since then I've played in and run many games and I’ve built up a collection of several dozen different rules systems.

These days its a little hard to nail down a regular time slot to game and equally difficult to get a group together around a single table so I’ve been experimenting with online games using google hangouts and Roll20.

phyphor created the adventure log post Zorehn diary - some more in the campaign Amber: The Next Generation
June 05, 2016 18:53