ColDeering doesn't currently have any campaigns. 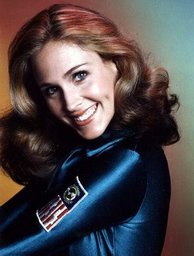 I am a gamer, comic book reader, science fiction fanatic, role player, tech lover, and at the same time what some would call a “girly-girl”. From what I have observed, the people in my life most closely associate me with my passion for video games. My family, friends and even my acquaintances realize my love for gaming is a part of me that stands out significantly; that is something I simply cannot hide.

Just as many other gamer stories begin, mine will be no different. I started gaming when I was very young. As a child, I absolutely adored video games. I had cute Mario plush toys in my room, posters of Zelda, and I was even listening to video game music over mainstream music. My first consoles were Coleco Vision, Nintendo Entertainment System, and Super Nintendo Entertainment System. I also had a PC where I played some of my first FPS games such as DOOM, Rise of the Triad and Duke Nukem 3D.

My love for video games has brought me to many places and events in my life. I have been to different conventions where I have cosplayed some of my favorite game characters. At these conventions, I met famous people in the gaming industry which inspired me to further my passion. While I have yet to play video games competitively, I was able to attend WCG in 2009 which took place in New York City. In early 2011, I had the unique opportunity to write for GM3R.com, which was a video game news website that unfortunately is no longer running.

After discovering that I loved writing about video games almost as much as I loved playing them, my journalism and writing experience brought me to create a blog where I write about adventures in the video game and nerd world. As of now, I have only been blogging for about a year and I have a rather minute size following, but blogging about my greatest passions in life has brought me such a great joy that I cannot explain.

In my present gaming life, I am trying to juggle around the overwhelming amount of incredible games that have recently released while trying to maintain some sort of a social life. However, that has failed. Video games have dominated most of my time as of recent, leaving me with little social interaction. I am currently playing quite a few games on PC such as Star Wars: The Old Republic, StarCraft 2, and Battlefield 3. I am also playing through The Legend of Zelda: Skyward Sword on the Wii and Dark Souls on the Xbox 360.

I have a variety of games that I favor for many different reasons. Many of my favorite games include memories associated with them as a reason for being my favorite. My favorite game of all-time is The Legend of Zelda: Ocarina of Time and that has not changed since 1998. Some of my other favorite game series’ include Mass Effect, BioShock, Starcraft, and Halo.

Video games have an immense impact on my life, and I certainly would not be exaggerating if I said that they play a part in defining who I am. I truly wish to take this passion and run with it in my future. I can assure you that one day this biography will expand with my many experiences and stories in the world of video games.