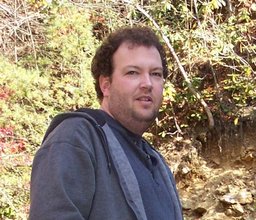 I was first introduced to Dungeons & Dragons in 1981. I was in 6th grade and not an extremely popular kid. I was the kid who always had his head buried in a book instead of playing with other kids. One of my classmates approached me and asked if I would play this new game they were trying to learn. Not being accustomed to being invited into groups by my peers, I was inquisitive. It turned out that they had purchased the books for the game, but couldn’t understand a lot of the words and didn’t have the patience to read all of them. In short, they wanted me to read the books and teach them how to play.

That game turned out to be Advanced Dungeons & Dragons. I only got to play the game with that group of classmates once, but I’ve been hooked ever since.

I was brought to the game by Dungeon Mastering and I have spent far more time as a DM/GM than I have on the other side of the screen. I’ve had some pretty bad experiences on the player side of the screen and I enjoy telling stories, so I’m fine with being a full-time DM/GM.

I started with 1st edition AD&D and the Basic/Expert/Companion/Immortals sets. In addition to D&D, I’ve played all of the old TSR rpg’s that sprang from the success of Dungeons & Dragons. As a teen, I also played Stormbringer and Twilight: 2000. I took a hiatus from gaming in the mid-90’s to move, get married and start a teaching career. I didn’t consider it a loss, because I wasn’t a fan of 2nd edition D&D anyway.

After six years away from active gaming, I was brought back into the fold by a hurricane. In 1999, I had recently moved back to the town where I spent my teen years playing Dungeons & Dragons, when Hurricane Floyd struck coastal North & South Carolina while my wife was out of town attending a wedding. I was left without electricity for most of a week. With schools closed due to storm damage, I started spending my evenings at a local gaming store. The owner had heard my name from some of my former players who were still in town and looking for a game. I had no idea that there was a new edition coming out until the owner told me about it and asked if I would run his store games. I eagerly agreed and returned to gaming in a big way. My weekly games at the store always had a waiting list.

After a few years of running store games, I settled into a regular group and moved out of the store setting. I’ve changed groups several times since then and have taken time off here and there, but still have one player from the old store group in my (mostly) weekly game.

I have have done my time with (and still occasionally play) White Wolf’s World of Darkness (mostly Hunter: The Vigil). I am also a fan of some of the incredible “Indie” games that are out there, especially Fiasco and Geiger Counter. I am editor-in-chief of the geek website Geekcentricity and also run games at several area cons for SCARAB.

The games that are currently in my GMing/Facilitating repertoire are: All Flesh Must Be Eaten, Fiasco, Geiger Counter, Pathfinder/D20, Savage Worlds, and World of Darkness.

JenniferHatcher updated the character Marie-Louise Allian in the campaign Hard Times in the Big Easy
March 09, 2020 01:08

Dalton updated the character Thegn Lorkin the Silver-Tongued in the campaign The Coming Frost
March 10, 2019 23:26

Dalton created the adventure log post Sitting around the Fire in the campaign The Coming Frost
March 10, 2019 10:39

JenniferHatcher updated the character Thyra Runeriver in the campaign The Coming Frost
March 04, 2019 04:06