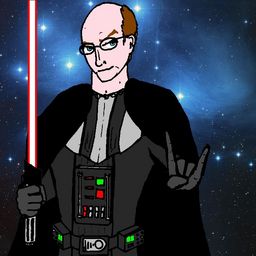 I’m a married forty-something Texan fella who received the D&D Basic red box for my 10th birthday, and I’ve never been the same. Now I live on a little farm and play RPGs via chat software.

D&D was my favorite RPG, until Pathfinder took up its torch and ran in the direction I preferred. Fate is my master now, though; I helped playtest Young Centurions. I also dig games like Fiasco (I playtested the Camp Death playset) and Dungeon World.

When Jennifer stepped down from running Silent Winter, OP’s Featured Campaign from December 2009, I took over GM duties for that game, bringing the story to an end.

And The Threshold included members of, and was frequently discussed on, the TrapCast gaming podcast.

I won second-place prizes in contests for Jennisodes and the Warlock’s Journal.

You can listen to me talk about online gaming on this episode of the Jennisodes podcast.

FemmeLegion updated the wiki page Six Rites in the campaign The Price of Freedom
April 22, 2021 18:02

FemmeLegion updated the wiki page Granshire in the campaign The Price of Freedom
April 22, 2021 18:00

zero updated the character Uratig in the campaign Assorted Whatnot
April 13, 2021 00:29

zero updated the character Uratig in the campaign Assorted Whatnot
April 13, 2021 00:27

FemmeLegion created the wiki page Granshire in the campaign The Price of Freedom
April 10, 2021 23:07

Galakrond updated the character Amaya in the campaign Gates
April 09, 2021 02:27