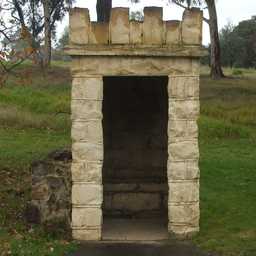 I’ve been roleplaying for thirty five years – I began in April 1982 – and I’ve GMed and played in many, many campaigns. Most of my experience has been in fantasy games – particularly different flavours of D&D and a classic British RPG called ‘Dragon Warriors’, but I’ve tried many other things – RuneQuest, Paranoia, World of Darkness, GURPS, MERP, Tunnels and Trolls, Traveller, Maelstrom, Cyberpunk, Shadowrun, Call of Cthulhu – I really can’t make a complete list without spending a lot more time thinking about it.

I’ve run games at Melbourne conventions for twenty years or so, I’ve written some completely unofficial material for a number of games, including being involved in the NetBook scene of the 1990s, and in more recent times, I achieved a lifelong ambition of becoming a ‘published Games Designer’ – co-author of a supplement for the re-released Dragon Warriors RPG, called Friends or Foes. and the Player’s Book. for that game.

I play in a couple of tabletop groups regularly, and I also play online through Fantasy Grounds. I love gaming – it’s a major hobby for me, and a great stress relief.

magnustrove updated the character Scott Rhodes in the campaign The Curse of Nineveh
October 04, 2017 11:02