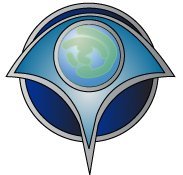 George “Loki” Williams is a freelance game designer from New Orleans who loves “the weird stuff.” He was co-manager of Planewalker, the Official Planescape fan website, from 2003 to 2015, during which time the site received silver ENnie Awards in 2005 and 2007. In 2012 the first published game product he worked on, Dark Roads and Golden Hells for Kobold Press/Open Design, was also nominated for an ENnie. In the intervening years, he has been a freelance writer and designer for Jon Brazer Enterprises, Goodman Games, Rite Publishing, Legendary Games, Louis Porter Jr Design, Lost Spheres Publishing, Sigil Entertainment Group, and Stormbunny Studios. He also acted as Line Developer, writer, and designer for Savage Mojo’s entire Pathfinder RPG product line. Upcoming works include the soon to be released Cresent City for Bloodlines and Black Magic, and Pop Culture Catalog – Restaurants from Everyman Gaming.

Loki started gaming in 1978 during a protracted hospital stay and has been crafting multiplanar and fantasy space adventures ever since. A native New Orleanian of French Creole background, storytelling is culturally ingrained in him. When not rolling dice he works as a tour guide and lives in a secret lair in the Lower Garden District with his feline handlers, Puck and Gremlin.

Galero created the adventure log post Preamble to the Battle of Perfection in the campaign D&D 3.0: Tales from Mystara
October 23, 2021 16:08