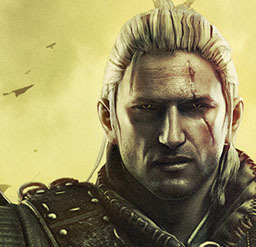 I have been playing online since roughly 2000. I am pretty versed in various VTT that have used, but most of the focus has been on MapTools and Fantasy Grounds. Obviously, I’m a slightly “mature” individual if I’ve been doing this for this length of time. I’ve spent most my time GMing but have played in a few games here and there too.

Most of my gaming has been done in the d20 system, with several iterations and variants. In the last few years, I have become a bit of an RPG explorist. My familiarity includes games like: Pathfinder/3.x, Call of Cthulhu, Delta Green, Traveller, 2d20 (Conan, Star Trek, Infinity), Star Wars (EotE, AoR, F&D), Genesys, Savage Worlds, Free League (MY0, Coriolis, TftL, TftF, Forbidden Lands, Alien), Symbaroum, 7th Sea, City of Mist, Mutants & Masterminds, The One Ring, GURPS, AGE (Dragon, Fantasy, Modern, Expanse), Fragged Empire, Cyberpunk, Witcher, & Elite Dangerous. As you can imagine with all those games, I’m not a rules lawyer but I do try to run by the book with as few house rules as possible. If I mess up on something just bring it to my attention and I’ll make a call on the fly or research it and decide later if it is not impacting immediate developments. I tend to run published adventures (with modifications as deemed fit for the story) because of my comfort level and time investment.

Players probably know my GMing style better than I know it myself, because I feel like it’s constantly in development and flux. The biggest thing for me is that everyone has a good time. I am not a harsh GM but I also don’t put up with a lot of antagonistic behavior. We are all here on our own volition, taking time from our busy schedules, because we want to have fun as a group interacting with a living story. In-character disagreements need to stay in character, but also need to be contained within a limit acceptable to party cohesion. If the protagonists don’t get along for the most part then why do they work together? I do not like the attitude of GM vs players. I don’t kill PCs just because. These things hinder group cohesion and the story-telling process. Now that is not to say that PC deaths may not take place based on bad luck, bad choices, or just by accident. This is especially true in gritty systems. However, my overall death rate is extremely low and, taking a guess, I have killed about a handfull of PCs in 20 years – not too bad a record. I strive to balance immersion, story, and risk into a tight knot that keeps everyone involved and feeling challenged.

My main requirement of my players is respect – respect our time, respect our efforts, and respect each other. Communicate any changes in schedule where you may not be able to attend and I’ll do the same (respect time). Let me know if there is anything that you want out of the game that you are not getting and I’ll do the same (respect efforts). Be courteous to all members and don’t antagonize and discuss sensitive topics that you know are inflammatory by nature or that you know bother other members (respect each other). These are pretty easy guidelines and have worked for quite some time.