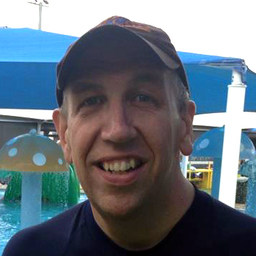 Born and raised in Queensland, Australia, Ian has been a huge fan of gaming since he was first introduced to it at school in year 9 (way back in the dark ages of 1985. His first game was the original Top Secret RPG by TSR and then soon moved onto D&D. His first GMing gig started in 1987, when West End Games released its first version of the Star Wars RPG using the D6 system. Ian has never looked back.

Ian has run many a successful Star Wars RPG Campaign of both D6 and D20 versions, with the longest running being the well-known Moon Swing Chronicles campaign which lasted from 1994 through to 2001. Ian’s favourite though was the Arc Raider Legacy which dealt with the reasons for the creation of the separatist movement and how the machinations of Dooku helped things along. Ian has also run the D&D 3.5 Adventure Path Savage Tide (Paizo), Pathfinder’s Legacy of Fire, Carrion Crown and Price of Immortality Trilogy.

Ian has also played in countless Role Playing Games ranging from the simple to the hard core including D&D (Basic, AD&D, 3.0, 3.5, 4th and 5th – yes he missed 2nd edition and refused to play Essentials), Feng Shui, Mutants & Masterminds, Champions, The Call of Cthulhu, Pendragron, Conspiracy X (of which he was a play tester in the 2nd edition version of that game), Star Wars (D6, D20, SAGA and Edge of the Empire), Shadowrun, Teenage Mutant Ninja Turtles, Elf Quest, and countless others. Star Wars RPG is by far his favourite, followed closely by Pathfinder and its Golarion setting.

In 2006, Ian took his passion for games to the next level, culminating in the running of the first Gen Con Australia in 2008 and 2009. Unfortunately things didn’t work out for 2010, but he hopes to bring back “Gen Con OZ” sometime in the future.

In the meantime, Ian is enjoying running Pathfinder and preparing for an Edge of the Empire game. Ian is currently updating Obsidian Portal with the old Moon Swing Chronicles (WEG D6 Star Wars) site from back in the 90s, and several of his other campaigns…