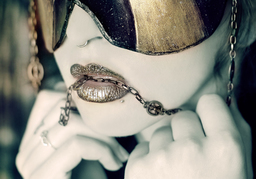 I was playing Dungeons and Dragons briefly since some time in 2003. By the time I joined Seth’s campaign in 2007 (roughly), I still considered myself to be a babe in all things D&D, having only played a handful of sessions prior.

Seth’s game opened me up to a whole new experience. D&D wasn’t just a game of numbers and chance anymore, but a world full of endless possibilities and excitement. It was a story that I could fully submerge my mind, not unlike some of my favorite video games or novels. An escape I guess from the doldrums of everyday life. There have been few people who could tell a story like Seth, which is amazing, but not without faults; Not many games have been able to live up to my expectations of what he can bring to the table.

Anyways, enough of the gushy sentiments. I currently play a level 10 (soon to be lvl 11) female monk, currently the highest level character I’ve played. That’s about it for my bio…most who know me know the important stuff anyways.