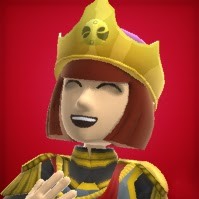 My aim with this page is to record our Dragon Age RPG sessions and I will try to write a summary for each session in this blog; as I have just started , though, I believe it’s a good idea to write a little about myself and my group of players.

My name is Chiara (Keeh-ah-rah) and I live in a small town in The Middle of Nowhere, North Italy. I have been playing table top RPG games for ages – I won’t write my exact age here, but it should be enough to know that my first pen and paper RPG was Dungeons and Dragons, the Gary Gygax and Dave Arneson one, with the red box, the one we sometimes call “old D&D” or “original D&D”.

Since when I filled my first character sheet, I’ve fallen in love with RPGs and I never, ever stopped playing. I’ve played and enjoyed “old” D&D and AD&D, but I’ve always been one for narration RPGs and I always loved experimenting, so the list of games I have played include all the White Wolf games from the “Vampires: the Masquerade” era, The Legend of the Five Rings, Witchcraft, the Call of Chtulhu, Pathfinder and many others.

Having completed our Pathfinder campaign, in which I played a gnome cleric, I thought it was time to sit behind the game master screen again and to try out something different with my group of players, so I proposed the Dragon Age RPG: I always loved the Dragon Age settings and my friends and I are all video games players, so we were all happy to try it out.

The group of friends I’m playing with isn’t just a group of people that happen to play RPGs with me: we are a group of close friends, we have been playing together for ages, we go out together in our spare time and we do all those things that good friends do, so playing together is always a very nice experience, with little to no friction about rules interpretation and so on.

We all like the same things, too, which makes it easy to visualize characters and understand how each player’s interpratation of the character works: we are all influenced by the same things: classic fantasy novels (Dragonlance, Forgotten Realms, Elric, Game of Thrones, etc), video games, epic movies and things like that. Very easy to make a reference to something to help us imagine how an element of our story looks like.

You will probably see two running jokes here and there: “I am not an elf!” and “Let’s get them alive!”. The first one refers to the fact that rangers have always been elves in our games, so the poor rogue (my partner, by the way) of this group is often taunted and called “elf” as a joke. The other one refers to the fact that the group tends to kill everything and everybody that fights against them, even after they have agreed to keep at least on of the enemies alive for questioning (and yes, even if there are specific rules that make it very easy to avoid lethal damage).

Some of you will probably cringe for the “elf” joke: it’s meta-playing, means they are not in character, ruins the dark setting of Dragon Age… Well, we mostly stay in character, we almost never do meta-playing and we take things seriously, but a group of close friends, relaxing after a long week of work can’t be expected to be deadly serious all the time, right?

That’s all, and probably falls in the TL;DR category, so I better shut up now.

Dragon Age Chronicles | The life of five adventurers in Thedas