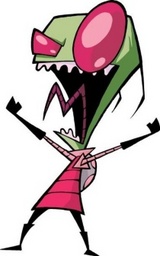 MisterBlaze is named after Blaze, a Hermetic magician he played in a Shadowrun game once. You would have liked that character. Honest. Everyone totally did. He got to hang out with chicks and everything.

MisterBlaze isn’t very bright and he has a penchant for wearing dorky shirts but he’s a nice guy. Ask anyone. His mother is very proud of him. She just wishes he’d do something with his hair. She’s never liked his hair. It’s like a Greek tragedy, only without the Greek part.

The Shroud of Silk

eddyfate updated the wiki page Genm in the campaign Stories and Secrets
March 13, 2020 01:25

eddyfate created the wiki page Repurposeful in the campaign Stories and Secrets
February 07, 2020 15:48