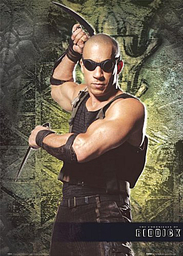 Stephen also has GM’ed a number of games over the years as indicated by the (*) above.

In 2009 he was introduced to miniature wargaming and now has an Umbrella Corporation themed Space Marine army for Warhammer 40,000, a Beastman army for Warhammer, and an Isengard and a Moria army for War of the Ring. He also has an Umbrella Corporation themed Imperial Fleet for Battlefleet Gothic. He has alco created an AVP themed set of Kill Team units for Warhammer’s 40K’s Kill Team Scenario found in Battle Missions. These include a set of Predators, Colonial Marines and Cyberdine Model T-101 Terminators – using Necrons and Imperial Guard for the Kill Team Scenario.

Stephen is a graduate of the Algonquin College Professional Writing Program and the Creative Advertising Ptrogram, He enjoys writing fiction in the horror genre and is contemplating penning a Beastman novel for Warhammer Fantasy. Stephen’s real-world pre-occupations include Megalithic stone circles, the paranormal and the occult, cryptozoology, speculative history and many more outre topics which find their way into the myriad games he’s GM’ed over the years.

Stephen is currently seeking contract work as a writer.