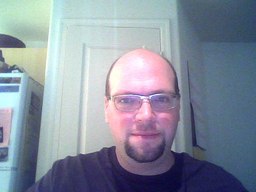 I first began gaming seriously with D&D and AD&D back around 1985 or so. I was an early adopter of AD&D 2nd Edition and the original World of Darkness. I ran an ongoing D&D campaign world from 1992 to 2011 (passing from 2nd edition to 3rd edition to 3.5 edition), when I left the state of Rhode Island and Providence Plantations where that game was based, and moved to Arizona.

Since that time I have switched from D&D 3.5 to Pathfinder primarily, though I do love the Dungeon Crawl Classics RPG, and would love to run Mage: The Ascension again now that the 20th Anniversary Edition is out!

I am also absolutely enchanted by the new Dungeon Crawl Classics RPG. DCC and the original conception for “Midhgardhur” share a lot of the same roots in Appendix N.

I am an author and I write fantasy novels and stories set in my campaign world of Midhgardhur. If you would like to find out more, please check out my website at: http://colinandersbrodd.wixsite.com/midhgardhur

The Plunder of Sleeping Tsar

PhoenixMark updated the wiki page Exhaustion in the campaign Nothing Ventured...
July 18, 2021 18:13

PhoenixMark created the wiki page Exhaustion in the campaign Nothing Ventured...
July 18, 2021 15:56

Haligaunt updated the character Visya in the campaign The Concord of Ashes
July 15, 2021 03:34