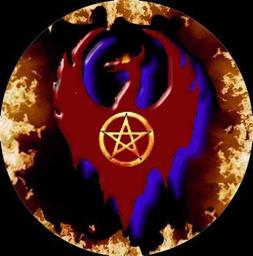 Like many a tabletop RPG fan, I got started back in high school. It was AD&D that got me into the scene with my first Paladin. ’Nuff said. Then I started getting into White Wolf games with my gaming troupe. Vampire, Mage, Werewolf, all three got me interested.

My biggest success was GMing a Vampire: The Masquerade game that lasted just about a year. I ran a Camarilla game that was set in Chicago, IL. Meanwhile, a friend of mine ran a Sabbat game that he had set in Milwaukee, WI. With the creativity flowing, we ended up crossing our games over into each other that ended in a grand finale where Methusela were awoken, a Fire Elemental was set loose on the city, a Wendigo spirit was summoned to combat it, a doorway to Hell was opened and the Technocracy launched a nuclear attack that reduced downtown Chicago to a giant crater.

After that great success, I started getting into Exalted. That game has everything I’m a fan of and then some.

Games and Systems that interest me but I’ve not yet had the opportunity to play
D&D 5e
Pathfinder
Anima
New World of Darkness
Vampire: The Requiem
Werewolf: The Forsaken
Mage: The Awakening
Changeling: The Lost
Etc
Shadowrun
Serenity

Sins of the First Age

DungeonMasterLoki created the wiki page The Library of the Spheres in the campaign Panopticon | Planejammer Campaign Hub
July 04, 2022 21:47