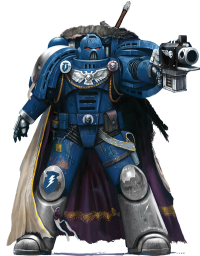 Casius, born on Sacris a modest 83 yeras ago was the son of a warrior cheftain and quikly became his father’s champion, surpassing his three older brothers in every way, especially proficient in the art of mounted combat on his steed Endevour.
In the late days of autumn one year his father Daren of Garl joined battle with the forces of Erik the red on the savannahs north of Baredsberg. As was customary the forces’ two champions joined in single combat with sword and sheild to decide the fate of their bretheren. With a swift charge and a deft blow Casuis cleft his opponant in twain before he could even raise his sheild in defense. The mighty warrior turned as he had so amny times before, to raise his blooded blade and salute his father.
Erik, with the sting of defeat and the impotance of such a swift loss, set upon Casius with his honour gaurd and his full force close behind. Casius fought bravely and gave no ground, despatching Erik, nine of his honour gaurd and three knights before being mortally wounded and falling limp to what he thought would be his grassy grave. His father’s forces now upon their foes, quikly routed and drove of Erik’s men to win the day.
Casuis’ broken body was carried to the caves of the heroes so he could die in his tribes most houred place, a place of kings and mighty warriors, but the next day his body had gone, he had been carried away by the Sky Warriors to sit vigil with his ancestors in their fortress of storms high above the clouds. He would drink amber ales and eat the flesh of mighty beasts with only the finest of Sacris’ warriors, a fitting end to the mightiest of warriors that many a man had seen.

His life as an Astartes of the Storm Wardens differed only slightly from its previous chapter, he still excelled in all forms of combat especially in jump assault actions, often the spearhead of the chapter’s feared armoured assault, joining battle with their foes almost as the last lance strike hit home.
He was present at the defeat of Ork Warboss Kraazgrug’s Waaagh on Keffik’s World, not content to merely be bait for their foes, he and his sterngaurd squad returned to the killing ground to join the Warboss and his retinue in battle and did not leave till not a foe moved in the valley and the rocks were stained a thousand shades of green.
Posted to the Halo Stars, Casius saw combat with many of the Imperiums enemies, Eldar, Tyrannid, Slaugth, Necron and Ork but the one he hated the most, who’s despatching gave him the most plaesure was the the multitudonous force of Chaos and the myriad forms it takes.
Maybe it is the honor of winning the day against so terrible a foe whos Demons and servents often tower over even the mightiest Astartes and feild weapons spawned from the very depths of hell. Moreso it is the sting he still feels, of the blades in his back from that day long ago on Sacris, his chance to strike back for honour against the traitor legions, for the chance to rid the feild of the betrayers of man, the Imperium and the God-Emperor

On his last mission for the Deathwatch the fates conspired to show Casius the light of truth and the path of the true warrior, ever the servant of honour and justice, the mighty brother Casius saw no choice but to act upon his revalation.
Dispatched to the forest planet Baraban, Casius and his bretheren set about their mission to secure the place from an ancient unknown threat and that of the everpresent Tau. It was however this very threat that opened the eyes of the mighty warrior to the folly of his service and the misspent years under the command of lesser men. One fateful night the Emperor of man and the mighty Primarchs came to Casius in a vision, the will of the Emperor and Casius’ progenator now revealed, he steeled himself and set down a path his weakling comrades where only to feeble to follow. His mind was clear, his heart pure, knowing now the truth of times past without the twistings of the tongues and machinations of those who had come between, he became the mightiest of warriors, possessed of a singlemindedness and resolve the likes of no other.
Casius’ brothers quickly saw this elevation and it galled them terribly, time and again our mighty hero’s prowess instilled in his fellows the deepest envy, and trying to hold him from his duty, they became self evident as the weaklings they where. The jealousy of his comrades grew to a fury and after Casius victory in the Tau command base they set upon him, the foul witch of the traitorous Ultramarines was the only one with thick enough spine to do more than hurl words, and unlike his petty fellows, struck up the gaul to ambush the mighty Storm Warden, the fates returned the sting of betrayal upon the witch and he felt his own evil burn his flesh, The heroic astartes, without hestitation dispatched the foul abomanation for his cowardice and tretchery, and yet, he was not rewarded, the fearful wretches taking their opening turned on the warrior, like the traitors they where.
Brother Casius’ end was not met on a mighty feild of battle, nor in a hallowed hall, singled out for surpassing the bonds of lies and tretchery he was taken to a cell, so no other would follow his path to truth and justice. The bonds with which his bretheren where held where tenuous at best, and his enslavers always saught to keep their pets in blinkered servitude like the cowards they were.
And so came the end of the mighty Casius, his captors not even showing their faces before the end, but hiding in the shadows of cowardice, once a foul traitor leaned in to close, and the heroic astartes, stripped and restrained through his captors fear, used his own teeth as the only weapon he could muster. Such mighty defiance was all the wrecthed heretics could suffer, and their fear overtook them so completely that they ended the static, unarmed warrior, like a helpless babe.

As the bolt tore through his grey matter, it shattered Casius’ last though – at least he had served his master well………….