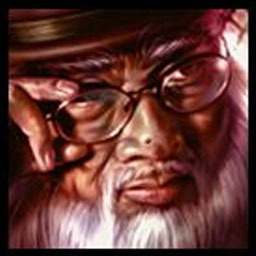 Edit: As promised, here is my bio (I know, I know, it took forever).

I’ve been gaming since 2nd edition, or AD&D, but my earliest memories seem to be of a Dungeons and Dragons board game or something when I was a real little kid (perhaps Hero Quest, or the like? Was that out in the late 80s?). Anyway, I’ve been DMing since the end of the days of AD&D, and the beginning of 3E.

I’ve played many different RPs, including, but not limited to, AD&D, 3/3.5E, 4E, Vampire, Werewolf (before the standard World of Darkness book), Mutants and Masterminds, L5R, Dragonstar, Shadowrun, Serenity, Big Eyes, Small Mouth, and…. a couple that I can’t remember right now.

I’ve mostly played DnD though, and I created the world of Melekar, in it’s infant stages, around 12 years ago or so. Every fantasy game I’ve ran since then has taken place at some point in the time line of that world. As a result of mine, and my players efforts, it has become an almost living breathing world. It’s been a lot of fun, and I’ve had some great players, some of which have been gaming with me since I started, and some of which are new.

I’ve also started the Fantastinomicon, a place for the OP community to share ideas with other players, in an organized, easy to use manner. Although it seems to be slowing down a little bit, as I’ve been busy, Over the next couple weeks I plan to add a bunch of stuff to it, and if anyone would like to join, please feel free!