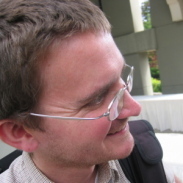 39-year-old, married professional with a grade school-aged son. Played D&D in the early ’80s — first the Mentzer red box, then AD&D (also, Marvel Super Heroes, Champions, Paranoia). Stopped playing in the early ’90s with D&D 2E. Picked back up a few years ago with Mutants & Masterminds and currently plays

Newcomers to the Nentir Vale