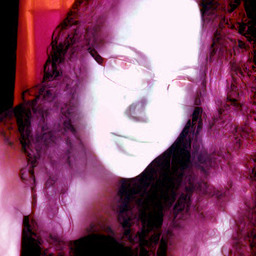 Currently working on a world of darkness game, that I intend on starting set in the uk in yorkshire, but may later take to players in some of the online groups I am a member of and set those games in the us.
The Damned (inspired by the album ‘Phantasmagoria’ by The Damned.)

In Beyond the Wardwall I play as a gnome barbarian called Arabella Bloodwillow (very friendly, likes carpentry… coming to terms with goblins being people too…)

My ‘filler’ game. (currently on hiatus after I had to cancel last session halfway through due to illness) Fishhooks, Froggobblers and Mudspikes featuring players as members of a goblin tribe running out of food and resources in their moorland homes, so exploring further afield for new resources and causing general havok with other goblins and whatever else they encounter on their way.

A Game of Gods

Meandering_Shade updated the character Paul Wetcomb in the campaign The Damned
September 15, 2018 01:02

Meandering_Shade updated the character Dragon (craig) in the campaign Welcome to Paradise
August 28, 2018 20:20

Meandering_Shade updated the wiki page About This Campaign in the campaign The Lost Tomb of Kindernacht
August 10, 2018 16:33

Stygianheart updated the character Craig Dragon in the campaign Welcome to Paradise
March 28, 2017 01:07