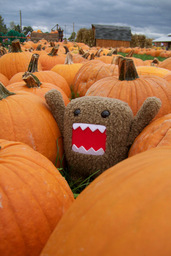 Former touring rock musician turned college student, which I admit is a little backwards, but has gone brilliantly thus far.

I like games. I like designing them, running them, and playing in them. I got into rpg’s in an unorthodox fashion – was an acting student a decade ago, before running away to join the music industry. My improv skills needed work, and a friend half-tricked me into joining his LARP.

And I found myself surrounded by interesting, intelligent, compelling people having fun. Also, a non-trivial amount were, to be blunt, really attractive.

I started gaming under what are apparently non-traditional circumstances, and never looked back.

Coming from an acting (two paid commercials to my name, baby!) and general creative background, I suppose it’s unsurprising that I value the “fluff” exponentially more than the “crunch.” Tell me about your character – I want to hear, and will listen all day long.

Star Wars: The Legacy of Some Other Guys

reddawayj created the new campaign Have Dice Will Save Community Games Wiki
April 24, 2020 20:57