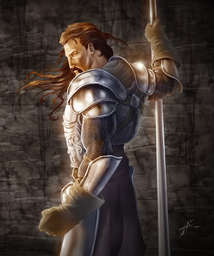 First Game: Dungeons & Dragons -Basic Set (The Red Box). Played at 9 years of age with my friend, his older brother and his RPG group.

I have played and GM’d longer than I haven’t in my life. Playing since 9yrs, GM’ing since I was 11yrs.