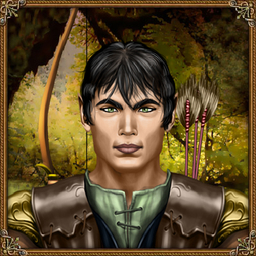 I am Snowgen, so you know,
Who faced Dungeons & Dragons long ago,

I soared in the skies on silver wings,
And stumbled upon Top Secret things.

I was a Traveller brave and bold,
And I conquered Star Frontiers of old.

With companions brave I huddled and curled
On a cold, desolate Gamma World.

I’ve seen many Powers & Perils, and suffered damnation
After I vanquished the foul Lords of Creation.

I’ve slain the menace that lies in the east—
Making sounds of slurps and GURPS—oh the beast!

I’ve suffered injury, illness, and Paranoia. Don’t judge!
All those problems were cured by magical Fudge!

I have dined with Grimtooth, in his home,
Made him scribble my name in his tome.

I wandered the heavens on a Star Trek.
Killed a troll with Big Eyes, Small Mouth, and no neck.

I am Snowgen, so you know,
Facing Tunnels and Trolls from long ago.