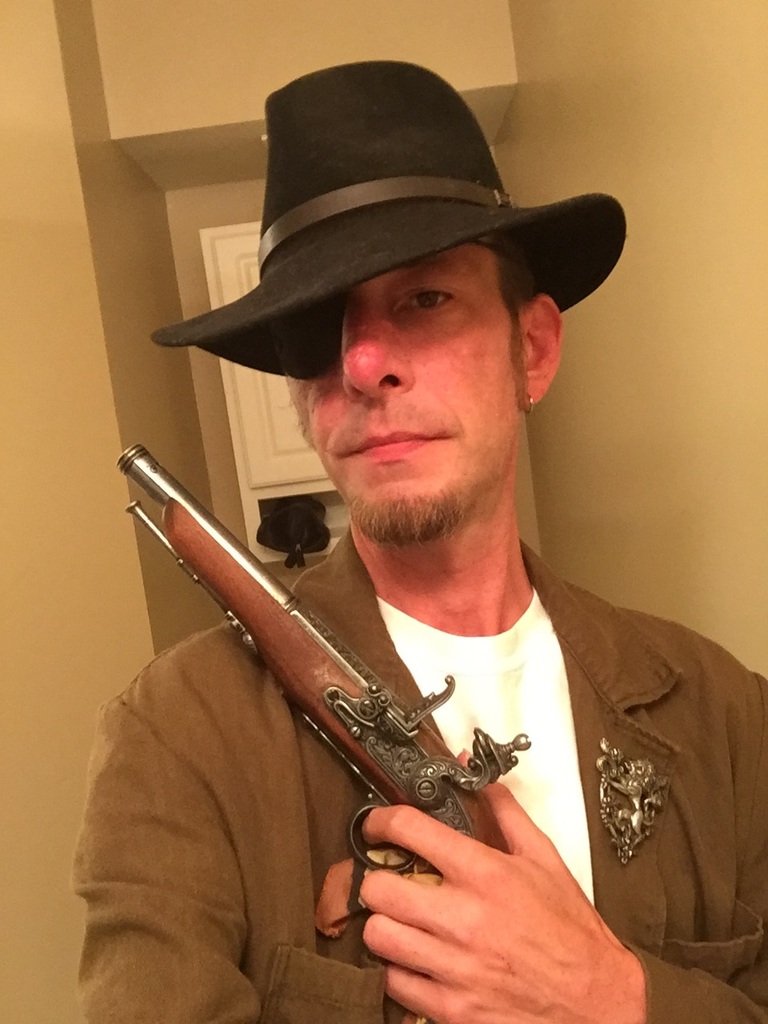 I’m a 42-year-old single male, no kids, who is actively trying to jump-start his oldest passions again – Role-Playing among them. I’ve been playing since the mid-eighties, and running my own campaigns for only a few years less than that.

My first pen & paper was Shadowrun – 1st Edition, but in the years since then, I’ve run the practical gamut, from Dungeons & Dragons Basic through 3rd Edition, World of Darkness games aplenty, Traveller, Warhammer Fantasy Roleplay, with a hefty dash of Paranoia to keep things interesting. The list goes on.

My longest-running campaigns, and my all-time favorites, however, have always been Deadlands. I run my games with the classic system – I’m a big fan of the way the flavor runs through the mechanics, despite the slightly larger learning curve. That being said, I still have to re-learn many of the rules every time I get a chance to run a new game.

I’m always looking to put for a new gaming group of folks with similar interests, of any role-playing background, for regular (or irregular) sessions, ideally centered in the Near North Suburbs, I’d gladly welcome other folks interested in running campaigns, as well, as I haven’t had a chance to sit on the other side of the screen since….well, I can’t even remember – but as someone who loves to tell a good story, I’m perfectly happy to take the reins.

As far as play style goes, I like to change it up regularly, if possible, though I prefer to run story-driven campaigns. I set up many of my campaigns in my mind as a television series – a “pilot” episode to whet the appetite, and if the fish are biting, then a “seasonal arc” which explores various themes and “monster-of-the-week” storylines, strongly supplemented by character-driven subplots and side stories. In my “perfect” game, my plotline plays out as the window dressing for great character development tales which drive the action.

For an example, feel free to check out my (irregular) current campaign, “Deadlands: Original Sinners”. This campaign is locally-run for my nephews, niece, and a friend. Though it’s barely started, it (hopefully) should give you an idea of what I want to do when I run campaigns for you or your friends!

Blood on the Prairie