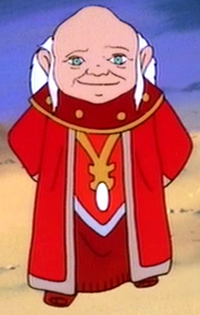 I am a longtime gamer, both RPG and boardgames.
I was first introduced to RPGs during my Junior High school days in the early 80’s with AD&D. I have played the D&D, Palladium, Call of Cthulu and GURPS RPG systems as well as many others.
I had a long hiatus from D&D after 2nd edition came out because I did not care for it and there were other things I was interested in playing at the time. However I got talked into getting back into playing D&D 4E by some long time friends about four years ago.

There are things I like about 4E and things that sometimes bother me, but I can live with them, the most important thing is we have a great, steady and committed play group that can get together and have fun on a regular basis while telling a grand story.

As a player I tend to be closest to the storyteller archetype with a little butt-kicker and tactician thrown in. On occasion I even to some acting. Don’t get me wrong I like a good fight, but i have more fun when it is part of the story, not just to go around killing things for no purpose or because it is there. Most of all, definitely not a power-gamer, I do not see any fun in a one sided character that is only combat oriented, nor and I a rules lawyer. I believe the rules are a guide to be followed and provide cohesion and common ground to play, not something to be abused and used to ones own benefit when it is convenient or becomes abused. when making a rules decision I always consider not only what the rules literally says, but the intent of the rule and the ‘spirit of the rule’ along with other any other similar rules in the game that may have bearing on the decision.

THE WORLD OF ERDA

gimpboy0 updated the wiki page Herman Klinger in the campaign SCHATTENJAGERS
May 11, 2018 03:02

gimpboy0 updated the wiki page Barkus in the campaign HEROES OF IMPILTUR
January 03, 2016 17:35