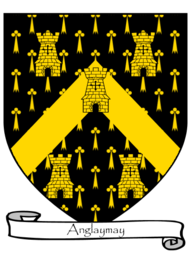 Ask yourself: when is the last time Western civilization has stumbled across a pool of massively valuable resources, and just walked away because we met resistance?

After losing billions of dollars and being humiliated by a bunch of giant blue Ewoks, is it more likely that the head of the corporation will see the error of his ways, or will he invest the rest of his assets into burning the surface of Pandora with orbital missiles before sending in an assault fleet the size of Colorado? Did the Europeans give up on the New World’s gold the first time one of their settlers took a tomahawk to the head?

Remember, the humans only lost to the Na’vi because they were poorly equipped, fighting with machine guns and fragile aircraft that couldn’t even stand up to the local wildlife. They were lacking the future-generation cruise missiles, stealth bombers and who knows what other kind of weapons of mass destruction they’ve invented in the intervening 150 years. But they’ll have them when they come back.

A Fistful of Gold Pieces

kalinin updated the character Zamfir in the campaign A Fistful of Gold Pieces
July 07, 2010 18:24

kalinin created a new character Zamfir in the campaign A Fistful of Gold Pieces
July 07, 2010 16:43

Remington updated the character Gurgle Gurgle in the campaign A Fistful of Gold Pieces
July 07, 2010 16:38