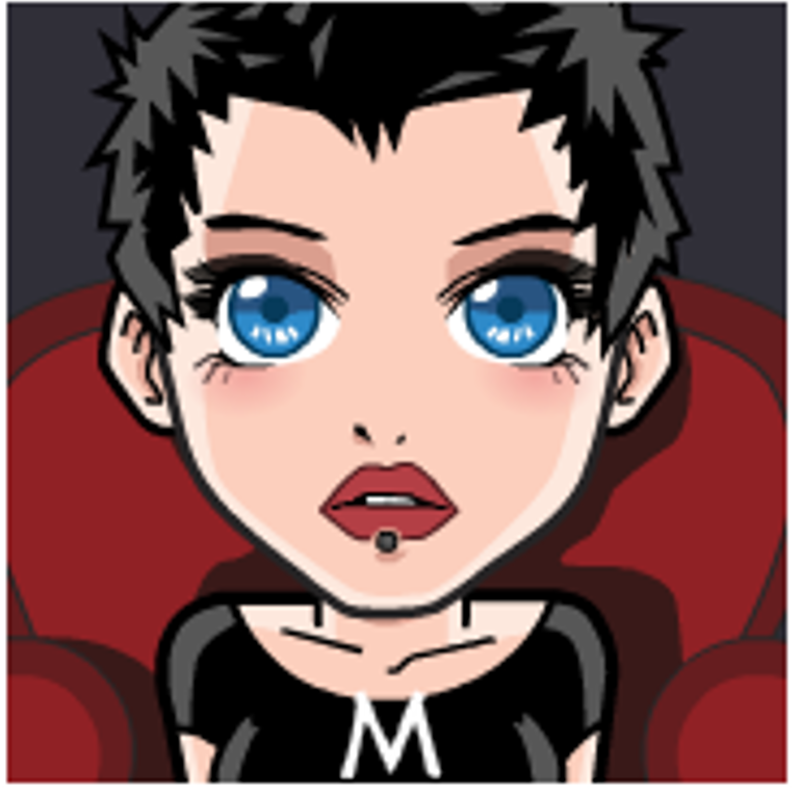 My first long-term RP experience in 1990 was with likely everyone’s first game, D&D. However, I learned differently (so I’ve gathered).

My first GM was an actor who was rather active in the hometown theater guild, and he ran his group more like an improv acting troupe than a game. We were fully expected to get into character and be those roles. Also, we each had about 5 or 6 characters that we each played and so I learned then how to make all of them interact with each-other, impact and shape the others’ lives. Nobody lives in a vacuum. So, I had friends, enemies, and indifference. I also learned how to separate what I knew and what they knew from each-other.

It was 10 years later I had my first experience with a single character in a pen-and-paper game (in games that spanned years). Between times, I’d also spent time stage and voice acting.

I enjoy delving into individual’s minds, exploring different thought processes, philosophies, talents, moral compasses, and experience how they interact with their world – the results of their actions. I love playing evil characters, in particular, to wonder how they became that way and see what makes them tick now. Selfish or morally gray characters intrigue me as well; at that point neither good nor evil matters, but how far I can push a character before they will cross a line… or will they? After all, it isn’t my choice. It’s theirs and they do things I wouldn’t choose for them. (Which has been unexpectedly troublesome, believe me.) All in all, I make characters SO much unlike me, ones that annoy, amuse, dismay and absolutely repulse me. Yet all fascinate me into their stories.

What’s important most of all in RP, to me, is depth. It doesn’t matter how long it takes for a character to level – it’s who they are when they get there and why. Relationships and experiences make a character who they are, and that means bad experiences as well. I love to play characters with flaws, and will usually decide on those first when I have a concept. Adversity builds character, so I welcome it. I have no sacred cows, and that transfers to RP. If a character would do something wicked (and/or un-PC)to my character, I encourage it. In DEEP, immersive, role playing, depending on the game, when you have complex relationships betrayals, intrigues, and rivalries become part and parcel of the enjoyment.

See my short essays on ""Romance, Editing, and Consequences" and “Building Better Character Through Adversity” here.

My favorite RPGs are Hellfrost, 7th Sea, RIFTS, Deadlands and Warhammer/40K. My favorite game systems are Savage Worlds and Feng Shui – anything that doesn’t let the rules interfere with the RP, really. If the system interferes with my ability to be in character and do what my character would do, you can bet I won’t stick around long. Also, I’ll always opt for IC over OOC communication of any kind at the table or online. If a character can convey a thing in their own words, I’ll let them.

My favorite MMO to this point has been City of Villains. I ran a Greek Mythology, with a twist, based guild there for 8 years… OR until its untimely demise. I have yet to find anything like it. My favorite single player/coop computer games EVER, for drastically different reasons, are Dragon Age: Origins and Saints Row: The Third, though I’ll give a huge nod to just about anything Bioware does.

Forum Signature:
“One to destroy, is murder by the law; and gibbets keep the lifted hand in awe; to murder thousands, takes a specious name, ’War’s glorious art’, and gives immortal fame.”
Edward Young

DanteInferno updated the adventure log post Cut Scene: Drow Pursuit in the campaign Out of the Abyss
June 16, 2017 19:51

DanteInferno created the adventure log post Cut Scene: Drow Pursuit in the campaign Out of the Abyss
June 16, 2017 18:25

DanteInferno updated the character Zahir al-Din in the campaign Scarlet Heroes
May 31, 2017 21:21

DanteInferno created a new character Zahir al-Din in the campaign Scarlet Heroes
May 31, 2017 19:49

DanteInferno updated the character Jimjar in the campaign Out of the Abyss
May 29, 2017 02:50

DanteInferno updated the character Shushar The Awakened in the campaign Out of the Abyss
May 28, 2017 23:34