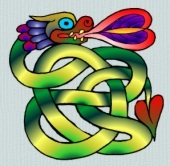 I got into D&D in 1978 when I was in High School, when a friend brought a few of the original folios with Blackhawk and Eldritch Wizardry. Soon after that, after a brief, unsatisfying flirtation with the Basic set, AD&D came out and I went to college, where I played and DM’d a lot of AD&D in the early 80’s. I eventually moved on to Traveller, a homegrown FRPG system, a homegrown Superheroes system and finally GURPS.

The coming of AD&D 2nd edition really turned me off with it’s bowdlerization and kowtowing to the religious right nutcases. A few years later, after D&D 3 and 3.5 had come out I looked into it and heard how crazily broken it was. I started with D&D again with 4e.