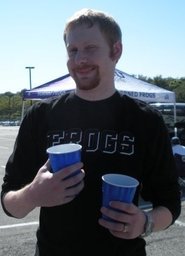 I’ve been playing RPGs since I was in middle school in 1991. I started GMing after 3E came out and I’ve been the main GM for my groups ever since. I participated in the RPGA ever since 2005 as a way for me to play when I’m not GMing. However, I always end up GMing for some reason.

I took a break from D&D to play Star Wars. I GM’d both SAGA and the FFG Star Wars system. Eventually I returned to D&D to play 5E Horde of the Dragon Queen. I eventually took over GM duties of that group and run the D&D published adventure and a second table of my own Homebrew version of 5E Birthright.