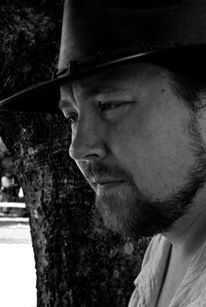 I’m back in Texas! I’m currently playing in two Pathfinder games and running one of my own in the downtime from the first game. I’ve also been dabbling with an idea for a Savage Worlds campaign, but as I am very busy with other games. In all, I have had a pretty extensive gaming career.

In the beginning… The Early Years
It all started when I was a kid and my dad got the red D&D boxed set to try it out. We played this a while as well as the Middle Earth system briefly. Shortly after that I discovered TMNT and Toon while continuing to play D&D with my friends.

A DM is Born: Exploration of Gaming
Of course we moved to 2nd edition D&D when it came out (which was also my first DMing experience), but we also experimented with Star Wars and Battletech as well as played a bit of Robotech, Rifts, & Hero’s Unlimited. It was around this same time that I was exposed to LARPing in the form of Amtgard. We didn’t really like the group all that much, so we modified the rules a bit and played on our own with a group that grew to around 15 players. Anyway, we tried a few other games – Shadowrun (2nd ed), Earthdawn, Legend of the 5 Rings etc, but mostly stuck to D&D 2nd and Rifts for a while until D&D 3rd edition came out. We switched over quickly and loved the new rule set. This quickly became our primary game.

A whole new experience! The White Wolf Years
After the release of D&D 3rd, we also played Rolemaster and loved the game, but it took too long to play. This was also around the same time as my first exposure to White Wolf games. I played briefly with Vampire (the Masquerade) and in a short Werewolf (the Apocalypse) game. On the side I also started LARPing with NERO DFW. However, D&D remained my favorite and we continued to play a regular gaming session. I broke away from NERO DFW for a while and Created my own LARP, which was fairly successful and had an active membership of around 30 players. I was also invited to play in a Changeling (White Wolf – Mind’s Eye Theater) LARP and even went to one of the regional games. We helped host a combined Mind’s Eye Theater game that was a ton of fun and went really well. A few years later I also played in a very good Vampire (the Masquerade) game. I explored some other games (GURPS, Paranoia, & Trinity) but never got to play them. I even helped develop a year long plot line for a Dragoncrest (LARP) chapter that was going to start in the Corpus Christi, TX area.

The Plot Thickens
As tends to happen, I ended up going back out to NERO and eventually ended up on plot (which is effectively a DM for a LARP). I loved it and have returned on several different occasions to once again help run the game for months to years at a time. I worked with some great people and truly began to understand that the world (environment) as well as the plot of a game is what determined whether a game was just good or exceptional. The rules make very little difference other than adding a little flavor and setting the boundaries for the characters to work within. I believe a good DM works to make a dynamic, interesting world and present an in depth, character tailored plot to make the game truly interesting. One other thing I learned is that every player needs a “hero” moment. That point in which their character does something amazing and memorable. A good DM provides opportunities for these, allows them to happen, and rewards them afterwards. These are the things players talk about for years after the game has ended!

The Current State of Affairs: Recent Projects
Gaming continues to be a part of my life. I have went through D&D 3.5 and 4th edition, running back to back campaigns that transitioned from one system to the next. In my 3.5 game, I worked closely with my best friend to develop a dragon bloodline system that advanced as the character advanced and was tied in closely to the campaign. When the D&D 4th came out, we wrapped up that game and played a game in which the characters (unknowingly) were the descendants of their 3.5 characters in the world left behind by the cataclysm caused by their other characters. We found that D&D 4th was more of a dungeon crawl game and did not seem to allow for as much roleplay as 3.5 so we recently transitioned over to Pathfinder. I was working on a game with a buddy when an opportunity with work arose, so he took over the whole project for me, allowing me to still be a consultant on the game and bounce ideas off each other. On the LARP front, me and my best friend have developed a simple “day in the park” skirmish game, which was in play test prior to my move. It is a fun, simple, quick game that allows the fun of a LARP without the commitment of a whole weekend. I have also started to keep a collection of RPGs in PDF format on my computer for easy reference. I have reviewed copies of most of the newer White Wolf World of Darkness games (though I haven’t got to play them yet) as well as several other games like the Serenity RPG, Exalted, Star Wars Saga, Shadowrun 4th, the Warhammer 40K RPGs, and Eclipes.

The Chicago Times: Deadlands and the Man in The Box
In 2011 I moved to the Chicago area for a year for a work project. Just before moving I was playing in a Deadlands game. There were definitely some interesting aspects to the game that gave a fresh perspective to tabletop gaming. I continued to play after moving to Chicago, but had to Skype in to play, so I was the man in the box for 6 months. I will tell you it was a good game and the only outlet I had for my roleplaying, but it was definitely not ideal. It was very difficult to hear at times, especially with everyone talking or laughing. Even so, it was an interesting experience that also gave me some time to work on my next campaign. Being in the Chicago area for the year, I was able to attend GenCon and ComicCon. I loved both and would like to go every year if I were closer!

MMOs and Other Games
I failed to mention online gaming, but I have had my fair exposure to MMOs as well. I briefly play Everquest & Dark Ages of Camelot back in the day and have more recently played EVE Online and World of WarCraft (“For the Horde!”), though I don’t currently play either. I have played several of the other MMOs as well, but none at length. I did enjoy the Baldur’s Gate games and fondly remember making quests for my friends and playing at LAN parties with them. I also have played Magic the Gathering throughout the years, but have never played tournaments or competitively. I have also played Warhammer 40K (Eldar, Chaos, and Dark Angels) for years, but left my armies back in DFW. I love modifying and painting miniatures when I have time (and even before I started roleplaying, I enjoyed putting models together).

To Infinity & Beyond… Future Gaming
I am currently running a Pathfinder campaign. I have also been recently interested in the GURPS and Savage Worlds systems, but am leaning towards Savage Worlds as my new favorite. I have also considered working on a World of Darkness campaign, but not sure what interest will be there for my regular gaming group.

Luke, I am your Father… My Son, the Next Generation
So…. In late 2013 my oldest son (just turned 14) was having some difficulty getting all of his homework done with all of the distractions at home. My wife and I suggested he spend a couple hours after school at the library where it was quiet. The next Monday he went to the city library and found out there was a regular Savage Worlds game for his age group running there every other Monday. So, our plan backfired, but he found his own gaming group. He still attends some of my games, but now that he has a romantic interest and his own game, he is becoming a gamer in his own right. He also recently started running a game for his younger brother and friends kids. I’m very proud of him both as a young man and a gamer! :)

And now it gets personal… Other Info About Me
I’ve been married since 1997 and have three boys (14, 11, & 8). I love the outdoors and enjoy camping, hiking, and SCUBA diving. I am excellent with knots and have found them useful in may aspects of my life. I love visiting Renaissance Faires and even know the basics of leather working and and how to make chain mail. I also enjoy exploring new things and loved my time in Chicago, exploring the city. Since returning to Dallas I have also taken a more active role exploring this awesome city. I work full time during the days as a manager in an Insurance Claims Department, and honestly enjoy helping others get through a tough time in their life.

DragonPunk created a new character Harlequin in the campaign Echos of Thassilon
January 31, 2019 00:03

tymekurve updated the character Marigold in the campaign The Hucksters' Lot
January 22, 2017 23:03

tymekurve updated the character Marigold in the campaign The Hucksters' Lot
January 19, 2017 15:59

tymekurve created a new character Marigold in the campaign The Hucksters' Lot
January 19, 2017 15:29