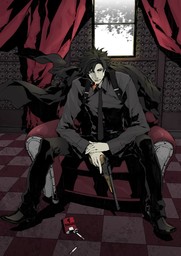 I’m just this guy, you know? And I never could get the hang of Thursdays…

Anyway, I’ve been a D&D player for right around 9 years now, but I haven’t had a chance to actually play much the last 5. The Best DM In The Universe decided to move, which cut down drastically in how much I play.

So, I’m taking matters into my own hands and dabbling in DMing. I’ve tried a few times, but I was young, immature, and really had no idea what I was doing.

In the past, I’ve played such classes as the lizardman warrior, the werewolf assassin-homebrew class, some character with some class I was later told was based on Mewtwo from Super Smash Bros., a monk, an illithid who dual-wielded pistols, and an entire army (wooo rounds that literally take an hour to complete!).

Yes, I’ve been part of a campaign (I was actually playing the bad guys as a favor to a friend) where there was one army vs. another, on a 10′×10′ grid. Yes, feet, not inches. I have never seen so many minis being used at once.

Anyway, I’m going for broke here. Let’s do this.

Aaaand heyyy I don’t have time to DM anymore with a new job. So The Second-Best DM I Know is starting up a game, so I’m joining that. Wooo!