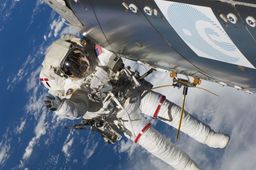 is an American actor, film producer, and musician. He has won the Golden Globe Award and Screen

Yo, I’m a hot and bothered astronaut crashin’ while
Jackin’ off to bufferin’ vids of Asher Roth eatin’ apple sauce
Sent to Earth to poke Catholics in the ass with saws
And knock blunt ashes into their caskets and laugh it off
Twisted sicker than mad cattle, in fact I’m off
Six different liquors with a Prince wig plastered on
Stop screamin’, bitch: you shouldn’t be that alarmed
When Big Lips is in the attic armed with an addict’s arm
Earl puts the “ass” in “assassin”
Puts the pieces of decomposin’ bodies in plastic
Puts ‘em in a pan and mixes it up with scat
Then gobbles it like fat black bitches and catfish
It so happens that I’m so haphazardous
I’ll puke a piece and put it on a hook and fuckin’ cast the shit
I’m askin’ that you faggot rap actors take action
And get a hall pass for this class-act shit
How the fuck I fit an axe in a satchel?
Slip capsules in a glass, you dizzy rascal
Party staff baffled, askin’ where her ass go
In my room, redefinin’ the meanin’ of black holes
Go on, suck it up; but hurry, I got nuts to bust
And butts to fuck and ups to shut and sluts to fuckin’ uppercut
It’s OF buttercup: go ahead, fuck with us
Without a doubt, a sure-fire way to get your mother fucked
Ask her for a couple bucks, shove a trumpet up her butt
Play a song, invade a thong, my dick is havin’ guts for lunch
As well as supper; then I’ll rummage through her ruptured cunt
Found the mustard, fuckin’ nosey neighbors notice somethings up
“What you doin’?” Nothin’ much, squish out some other stuff
Gotta fuckin’ bounce, guess the bouncer’s had enough of us