Gum_Hammer doesn't currently have any campaigns. 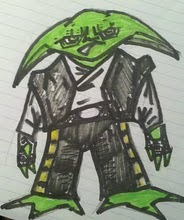 Another almost 40 (73 Model, it is a good year), cast out into the world to forge my way though the darkness. Luckily for me I found friends and a wife along the way. Now I’m just looking for a game or two to be the frosting on the cake.

Primarily a modern or sci fi gamer. Started with classic Marvel and WEG star wars, dabbled in everything. (Even though 38 didn’t really play a lot of DnD until 3rd ed, not anti DnD just prefer more modern. So folks like to brag about being Red Box Veterans, I didn‘t play that I played Marvel, so I am more a Yellow Box Veteran)

Games/systems I would like to try are generally Rules Lite, Indy and Modern. Not opposed to fantasy, but I like Tolkien fantasy and most are no longer that, they ever increasing level of weird plane walking races I don’t give two squats about, granted that ain’t a new thing, but I haven’t been happy with traditional DnD for awhile, it is a fair system but too much min maxing optimization, it needs a streamlined approach like Essentials, but everyone uses DDI and makes some oddball stuff. I played enough 3rd ed I get tired of Pathfinder and other 3rd ed or 3.75 games, I feel like I am traveling in the past. Some games off hand I would like to see are gumshoe, fate, apocalypse world, icons supers, 40k deathwatch or dark heresy. Would like to dabble in indy games or new games like airship pirates or older games like shadowrun.

I am in a small group here (tends to be fantasy) but wanting to branch out and find another game, SciFi or Modern in setting. Dark Heresy or deathwatch come to mind or Star Wars.

Debating on starting my own local game or maybe at a stretch a skype game, looking at fate or gumshoe.

Of Steam, Steel and Murder