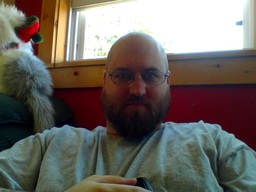 I began playing D&D in 1988 when I was 8 years old. My father started me out in a simple 1st edition campaign though we swiftly switched over to AD&D. When 3.0 came out I began playing it and enjoyed the system. By that point I was used to DMing from time to time and I began work on a campaign setting called Saltwater’s Weep. When 3.5 was released I made the conversion and now that Pathfinder has been released I’m working to rebuild the game setting a third and (I hope) final time. This is a game setting that I’ve been working on since around 2008 and I’ve put quite a bit of work into designing the immediate area in and of the city.

That being said I am making the campaign setting nominally compatible with Pathfinder’s world of Golarion though I’m locating it to the South of the Inner Sea reason. So while it is not directly involved in Inner Sea politics the setting is not so far removed as to be completely disconnected from those locations.

I’m a father of two young boys and a widower and gaming is one of my favorite past times. I can’t wait until my sons are old enough that I can begin teaching them the glory of dice games.

The Gods Hate You All

Wizbang_The_Mighty updated the character Urbo Tek in the campaign Round Robin
February 21, 2020 22:17

Wizbang_The_Mighty created a new character Urbo Tek in the campaign Round Robin
February 21, 2020 21:56