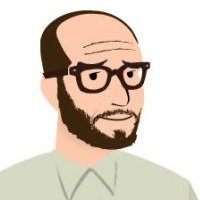 Ish is an stay-at-home dad in the suburbs of Metro-Detroit, with an undergraduate degrees history and business management (paralegal). He was a gaming geek before anything else, but now also enjoys comics (mostly American and British), cinema, theatre, role-playing, and wargames.

If it’s an RPG I’ve probably played it… or at least read it. I prefer classic D&D-esque fantasy, modern action-adventure, superheroes, and hard sci-fi… but I’m open to anything, really.