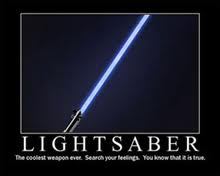 A friend first introduced me to AD&D in seventh grade. “It’s like Final Fantasy II, but you can do anything you want,” ran his explanation, or something like it. I started really playing with the old school World of Darkness in high school; Mage: the Ascension remains possibly my favorite game, despite the pages of house rules required to make it mesh. Since then, I’ve ran or played in dozens of campaigns, everything from single-shots to multi-year campaigns. Currently, I’m playing in a friend’s D&D 4E game, a self-styled “Vanilla” campaign utilizing several published modules. I’m currently running a 4E campaign “Skystorm,” a steampunk airship homebrew campaign specifically written for 4E, and am currently designing my own gaming system for use in future campaigns.

Skystorm (D&D 4E)
Currently running. A Steampunk and airship homebrew setting, written specifically for 4E. The last human empire verges on the brink of collapse from the invasion of the Craggen Armada, while the world has boiled away into the chaos of the Maelstrom, leaving only islands and continents afloat in the sky. I had so many players show interest that I had to split them into two groups, alternating weeks where we ran. Both parties were present at the siege and fall of Vigil; one started the game escaping through the conveyor-laden steam tunnels under the city, the other was captured only to awaken chained on a slave ship as it crashed into a cliff. As each party acts, the other hears of their deeds, and each one significantly influences events that unfold around the other.

Exalted: One with Everything (Exalted 2nd Edition)
My favorite campaign so far to date, running over 20 months. A Martial Arts-centric campaign, the Circle chased the Abyssal martial artist Last Word across the Scavenger lands after he stole the sacred scrolls from their school. Various subplots included restoring the Deliberative, beating back the Fey, finding their lost treasures and losing baggage from the First Age, and a brutal love dodecahedron spanning two ages, three incarnations, and more than one polygamist marriage.

Aberrant:
An alternate take on the timeline, starting just as the Galatea exploded, giving the characters a chance to join Utopia AND the Teragen, and saving the world from long-dormant Cthonic horrors born from cretaceous era nova dinosaurs (it made perfect sense at the time; ask Dwight).

Colonization:
A 3.5 homebrew campaign where the players started with being shipped overseas to colonize a newly discovered and uninhabited (not really) continent. Included: house rules on socketed items (yeah, I know).

Planescape:
A 3.5 Planescape game where the party traveled the planes trying to collect the pieces of a machine to rebuild a shattered material plane.

Hygelak updated the character Feather in the campaign The Bridge Company
April 25, 2011 23:49

Hygelak created a new character Feather in the campaign The Bridge Company
April 25, 2011 23:48

Hygelak updated the character Eushemone, Power of Blades in the campaign Nobilis: When Worlds Fall
April 12, 2011 20:13

Hygelak updated the character Nyarlathotep, Power of Horror in the campaign Nobilis: When Worlds Fall
April 12, 2011 20:13