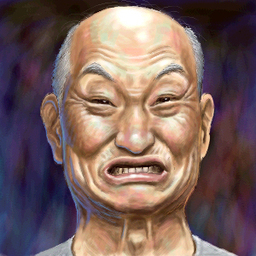 Three miles below the crust of our beloved emerald globe an eccentric millionaire types madly at half a dozen keyboards sewn to the guts of twenty fish tanks filled with computer components. His eyes lull into his head showing only blood lined whites twitching as they focus on some unseen script. The technomancer’s body sags and the corded data-jack stuck flush to a puckered stoma three inches below the left lower occipital ridge twitches in time with the ebb and flow of the digital cloud’s labored breaths. From his maniacal vanity and egotistical musings thousands of text lines sprout from the abstract and take up residence in the perceivable universe. A tidal wave of ones and zeros wash over the decrepit husk of a corpse tied to the Beowulf supercomputer. One line of fantastical side-track breaks off from the pack and emails itself to a cold server halfway across the world. Like Easter-eggs the insane philanthropist deposits caches of wisdom in a billion dark niches. His subconscious hope is to be reborn with the advent of singularity at the end of the last age. As his body creeps closer to natural death his servos race against the clock to immortalize this slave to the silicon revolution.