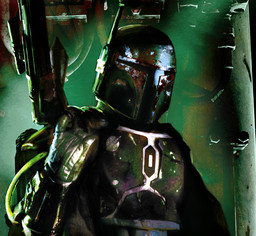 Just a warning, my biography reads like a bad “B” movie. ;-)

My life has always had multiple shifting pointless plots, lots of explosions, airplanes, bad archaeology, guns with unlimited ammo, copious boobs, no direction, no conclusion, and no purpose. In my defense however, I have been told that “B” movies make excellent campaign stories so at least I have that going for me. As of this writing I am 31 years old, and have lived in Lexington Ky for most of my life. I’ve had a touch & go sort of relationship with tabletop RPGs since high school but have never really played in or game-mastered a long-term continuous campaign. My primary interests include Star Wars, music, history, anthropology (including archaeology), writing, aviation, beer, and backpacking. Starting somewhere around age five or six I discovered those bad-ass all-terrain-armored-transports in the opening battle scene of the Empire Strikes Back. That was the start of my love affair with “The Wars” which obviously hasn’t ended there. The Kenner toy AT-AT became the focal point of a several years-long pilgrimage through basically every toy store within a three-state area.

Many years later, after a longtime membership in the Boy Scouts, which included lots of camping, hiking, and backpacking trips (but no Eagle patch) my core interests were beginning to take shape. In high school I discovered sex, drugs, and rock‘n’roll and began playing in a band (we are still rockin the local venues today). In between the short and occasional flirts with badly devised D&D games, band practice, school, and work I continued my nerd-focused love of “the Wars” by buying every West End Game book within sight. My pals and I always discussed getting a game together, but other extra-curricular activities kept getting in the way.

Sometime during high school, but long after I lost interest in children’s toys, I finally bought an old beat-up AT-AT Walker (along with a box full of old figures and vehicles) from a close high school friend who had been storing them in his muddy basement. My collection is now neatly stowed away in boxes in a closet, for God knows what reason, and only God knows until when (probably when my wife decides to pitch them when I’m not looking). Who knows why we collect these relics only to collect dust on shelves (don’t tell me you actually play with them! weirdo).

At age 19, I enrolled in flight school at Indiana State University and flew small aircraft for several years (I was inspired by the hopes that one day I would become as good a pilot as Luke Skywalker). Sadly, a bad astigmatism in my left eye killed my first-class medical certificate and forced me to end my short-lived flying career. Reality bites. I returned to Lexington to work full-time as a ramp-rat for United Airlines, which enabled me to fly (sometimes first-class) wherever and whenever I wanted (P.S. according to my mother-in-law it’s not bragging if you’ve actually done it). As a result, I spent a lot of time sitting in crowded airports watching the strange and varied members of the human species. Somewhere along that time-line I watched the prequel trilogy, got pissed off, and have hated Hayden Christiansen ever since.

Every Sith lord has his master. It was during this time that I began playing in some D&D sessions put together by a coworker named Will. Undoubtedly, he was the best gamemaster I have ever gamed with. Though we never really developed a lengthy or lasting story his real talent lay in his acting abilities. The personalities that Will was able to bring to life still resonate in my memory, and whenever possible I try to emulate his techniques in my own campaign. It’s too bad that Star Wars wasn’t his gig (he’s strictly into D&D) or I would have invited him to play in my game a long time ago. Will was also too good to hang out with us (Will, just in case you are reading this).

Guided by the force and my aforementioned people-watching interests, I enrolled in college again and pursued a double degree in history and anthropology with the original intent of going on to graduate school. School pretty much dominated my life, causing me to put my roleplaying interests on the backburner, however every time I found some spare time I was tweaking my campaign.

After much toil, gnashing of teeth, and many beers later (I prefer Newcastle for those who would like to buy me a drink) I finally graduated in 2009 with high-marks in my beloved field of anthropology. To cap off my school experience I got a kick-ass job as an archaeology technician for the National Park Service where I did my best impersonation of Indiana Jones for three unfortunately short months. I was essentially paid to hike, rock-climb, canoe, 4-wheel, and ATV through the backcountry, off-trail, to survey for undiscovered archaeological features, ecofacts, and artifacts. You can’t beat a career, where you essentially never see your boss, have only one or two coworkers on any given day (who are just as outdoorsy as you), never have to deal with stupid customers, and get to call all of the shots. But don’t kid yourselves friends, jobs like that never last, and if they do then you are very lucky indeed.

Now thanks to this wonderful recession (and all of those yahoos in Washington who have watched lazily from the sidelines as our country has fallen into a near economic disaster) I am a bureaucrat working in the Death Star (aka the local university). My degree has become a worthless piece of paper and I have sold my soul to the devil for a paycheck. But in light of my (hopefully temporary) plight, I have to be fair. There seems to be no better time than now to run a good campaign to escape the bullshit reality tends to bring with it.

Today, I still play in my band, I go backpacking when I can, ride my bike daily, have a few beers on the weekend, go see some good music with my honey, then have a great Star Wars RPG session with my quality friends on Sunday evenings. Ahh, (sans the bureaucratic occupation) life is good.

If you made it all the way through my bio then hats off to you! Thanks for reading.