MrTuft doesn't currently have any campaigns. 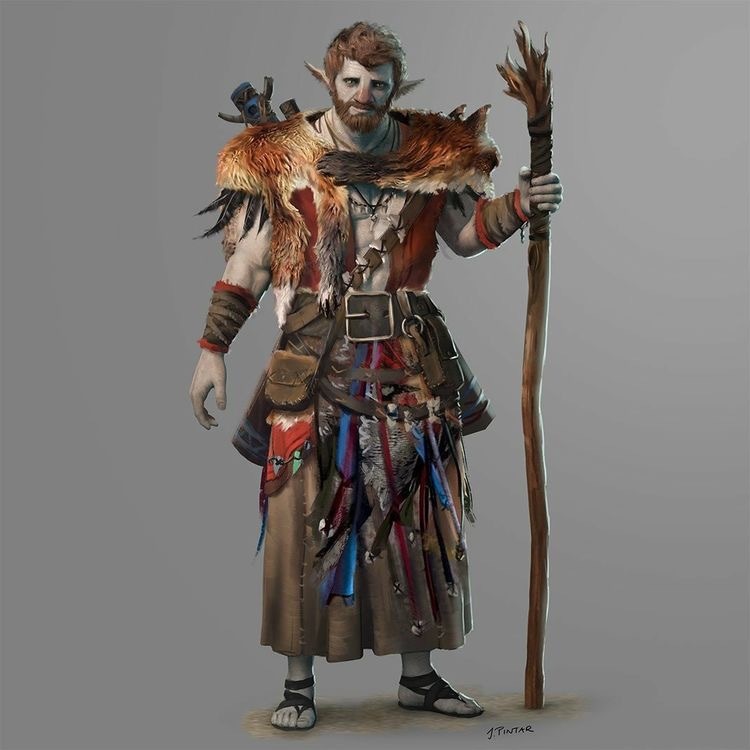 Mr.Tuft, Firbolg Death Cleric, Chaotic Good: Once made his home in the woods of the Northern lands where the winters are harsh, and the summers being plentiful opportunity for forage harvests and orchard groves. Tuft as his friends call him, or Mr.Tuft for those not so familiar, found his home land slowly overcome by death and a slow rot. Deeply distraught by this his family one by one went to seek out an answer, but none have returned. Thus, leaving Tuft as the only known survivor of his Northern Clan, and now with his life headed in a clear direction; to follow his heart in search of answers and a solution to the unnatural and untimely death and decay that seeps through lands so sweet and wild.
Mr.Tuft is a big believer in living life to its fullest, to grasp the energy that all living beings posses and exude and to thrive among it, but also understands that death is a large part of life and what continues the energy cycle, and has come to terms with its inevitability. Everything has its time, it’s purpose on this world and plane. And to bring something or someone to the end before they have found that purpose is a tragedy.