Ragnorok_Keep doesn't currently have any campaigns. 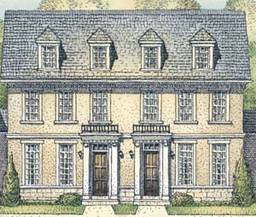 Long abandoned and almost forgotten by the locals, the old Merchant Quarters of Barley Keep is situated on the second floor in the Trade District, between the Drake Brother’s Armory and the Three Falls Inn. Vacated by the merchants and Ale Barons soon after the mysterious departure of the dwarves of Daden-dor, these keeps remained cold and empty until Lord Markhaven Bearheart rewarded one of these majestic buildings to a strange group of travelers who had recently arrived and had performed grand and self-sacrificing deeds in service and protection to the land. Now, home to these “Heroes of Barley Keep” Ragnorok Keep stands as a dwelling place of excitement and adventure, as it is filled with many of the treasures and trophies acquired in these lone adventurers’ engagements.

Verjaeger updated the character Ennis Caldwell in the campaign The Inheritance
January 12, 2014 05:06

Verjaeger created a new character Ennis in the campaign The Inheritance
January 05, 2014 06:27