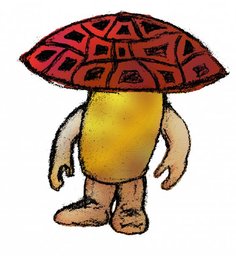 I was born in the summer of 1981 and so missed being able to say I “grew up” in the 80’s. Instead I got stuck with the 90’s. Plenty of nostalgia, but not as much fun. I wasn’t introduced to table-top role-playing until 2001’ish, which is a shame because I have always loved RPG’s and it turns out game design is definitely one of my passions.

In 2001 when I was finally introduced to tabletop role-playing I played only two games before being roped, somewhat unwillingly, into running my first game. After that, I ran and played every weekend pretty consistently for about 5 years. During this time I played in games using D&D 3rd ed. and later 3.5, VTM, Shadowrun, D20 Modern and a couple homebrew systems.

In 2006 I started a drastic overhaul on the homebrew system I was using at the time (which I was calling Renaissance) and, after an initial self-publication titled Renaissance: The Rebirth that same year (which failed due to insufficient pre-market testing and a lack of marketing in general) I laid off the game design for a couple years. Sometime in 2007 my passion for game design called me back and I pulled Renaissance back out and worked on refining the prior errors but had to put it away again by mid 2008 because of work and life in general. In early 2010 I pulled it all back out again and started a major overhaul, completely redesigning from the ground up. I’m still calling it Renaissance: The Rebirth but am considering changing the name, we’ll see though. Currently this is the system I am using as I do some testing with it and hope to have a final copy soon.

The Wheel of Time: The Trolloc Wars