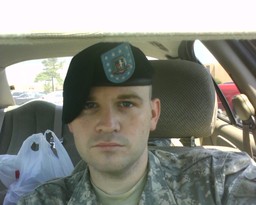 I’m an Army Veteran of 7 years, I live in Tacoma Washington. I started out playing M:TG, and my first RPG was D&D3.5. I’m almost done with my associates degree in computer networking / security. Should be working on a Bachelor’s after that! I’m a giant geek, and love the outdoors. I enjoy meeting new gamers, and trying new games.

I generally dislike the type of people that make gamer stereotypes persist, be they players, player characters, groups, NPC’s, or stories. I play a game to role play through a story with other people.

Some journeys are one-way trips

EverEmily updated the wiki page The Confluence at Park Street in the campaign Decimation
December 31, 2014 03:04