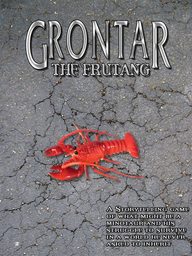 While I’m still getting used to Obsidian Portal, I’ve been an RPG player and occasional GM since 2003. I primarily played World of Darkness games (mostly Vampire: The Masquerade & both Mage games), getting hooked on those RPGs in my first years at community college. I’ve also run a good few games of the Maid RPG and Tokyo Brain Pop but set in the Exalted universe. I still occasionally run Changeling: The Lost and I’ve also dabbled in Shadowrun.
A few random factoids about me: I dropped out of high school in California, I’m currently a cultural anthropology Ph.D. student at UChicago, I love cheese, dislike tofu, am Mexistani-American , know Spanish, am studying Arabic, am a promoter of the Oxford comma, and my favorite Exalted splats are Lunars and Sidereals. I also have a soft spot in my heart for Infernals. I also curate Maid: Exalted Edition, a set of rules for running Maid: The RPG in the Exalted setting, with updates occurring after major Exalted releases.

And just for my own memory, for which this site serves as an aid, here are character from game which currently don’t have campain wikis. I don’t even remember many of these character’s names…

Ex:SWTOR 1, A Shift in the Force