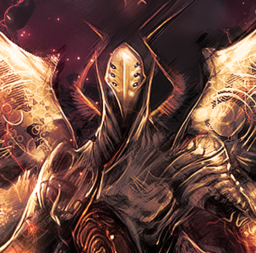 In 1980, I put “Dungeons & Dragons” on my xmas list for my grandmother. Her exact words were, “Dungeons & Dragons? Isn’t that the game all the college kids are playing?” That December I found the blue-box D&D set under my tree. She had absolutely no idea.

Since then I’ve been GMing pretty much constantly and I have developed a rather large collection of more games than I will ever have time to run. As a consequence I’ve been switching games too often, because there’s always something cool on the shelf calling my name.

Currently I’m running a biweekly campaign of 1st edition Legend of the Five Rings, and a monthly campaign of Star Wars: Edge of the Empire. Recent games include A Song Of Ice And Fire, the new ed of Hackmaster, and an on-again-off-again game of Dragon Age.

Personally, I prefer the term “Nerd”.

Star Wars: Edge of the Empire

Lords of the Dornish Main

L5R: Bones of the Ancestors