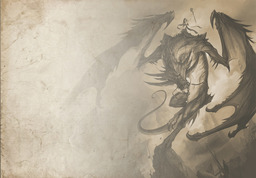 I am a 27 year old male (if you’re doing the math, stop) currently living in Iowa (Central Time Zone.) I served in the US Military for four years, including a year overseas. I began actively role-playing when I was about 17, giving me about fifteen years of continuous experience, and I started playing MMOs (Asheron’s Call) at about 16. I have some education and experience with coding and wiki maintenance, extensive experience with story development and intensive RP, and I have moderate experience DMing and quite a bit more serving as a mid-level administrator for RP-intensive online environments.

1990-2001: My first exposure to fantasy and RPGs came from a quick one-off of Robotech. During much of the following time, I was one of those lonely fellows who read all the RPG books but could never find a group willing to play. I read extensively; I lived in a small town… but, I read nearly every fantasy and sci-fi book in booth the school and public libraries I think. Once I joined the military in ’99, I found a group of D&D players pretty quickly and really started getting down to business.

1997-2002: I started my MMO addiction with Asheron’s Call. The magic system fascinated my and I was one of the few who spent days upon days actually experimenting with different components to figure out each and every spell… One thing about AC I was never good at was exploring to find the new quests each month – but, I always wanted to try that out… I just never had the time at that age. At about the end of ’99 I joined the Knights who say Ni monarchy… My original patron stopped playing shortly after I swore to him, but (perhaps because of my youthful antics) one of the co-founders (Awi’tch) allowed me to reswear to her… I’ve been a loyal member ever since and Awi’tch is certainly my most favorite online personality in the last decade.

1999-2006: I played a MUD called Eternal Struggle. Eternal Struggle was (until it was taken offline) what is now called an RPI (RP Intensive) MUD. For those of you unfamiliar with MUDs, they are text-based, online environments similar to MMOs in everything but the graphics. I served as the admin, Damodred, for about three of the middle years – both as general administration (rules enforcement, policy, etc.), and as a roleplay administrator (creating plots, running NPC interaction, etc.)

As a quick note, I also played on the Neverwinter Nights RP Server – Glorwing for a year or so (from when I discovered it until Neverwinter Nights 2 came out and my computer didn’t support it.) I was, again, the Administrator Damodred and helped with RP plots and Wiki maintenance.

Kain_Darkwind updated the wiki page Ranks of Royalty and Nobility in the campaign Dark Shards
April 07, 2021 03:41

Kain_Darkwind created the wiki page Ranks of Royalty and Nobility in the campaign Dark Shards
April 07, 2021 01:31