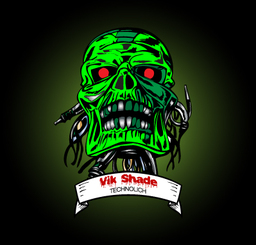 I have been gaming for almost 30 years now.
I started with Red Basic Set when I was 11 and from there went to Marvel Superheroes RPG, Gamma World and GURPS. Then Palladium, White Wolf, Underground 2021, Shadowrun, Star Wars and many more.
Over the past few years I have been playing Pathfinder, Labyrinth Lord, d20 Modern (with B.E.S.M. d20 modifications to make it playable) and plenty of Magic the Gathering and Warhammer 40k, and other tabletop boardgames.
I own more games than I have played and I’m always looking for a chance to meet new gamers, talk RPGs, and hopefully run something new.
My latest gaming passion is FATE and I have been using it to play one-shots and short story arcs with many of my older game settings. So far I have run Call of Cthulhu, Star Frontiers, Farscape, Lost In Space, Palladium’s Beyond the Supernatural, Nightbane, Mechanoid invasion Palladium, Veggie Patch (in Wonderland), and Godzilla Movies set in the space colonies of the Nine Worlds (Mecha Vs Kaiju). I have even run a one shot D&D module of dungeon-crawling, orc-slaying, door-smashing, awesomeness with Fate Accelerated (using STR, DEX, INT, etc in place of Cleverly, Carefully, Forcefully, etc). I am looking forward to playing Fate Rifts, Fate Gingerbread Man (in Candyland), Fate Doctor Who, and more.

Byerac updated the wiki page History in the campaign Dwarves of Bruinia
February 17, 2014 16:14

Byerac updated the adventure log post Edo and The Underdark in the campaign Dwarves of Bruinia
January 15, 2014 18:29

Byerac created the adventure log post Edo and The Underdark in the campaign Dwarves of Bruinia
January 15, 2014 18:27

Byerac updated the adventure log post The Corruption of Commander Mov in the campaign Dwarves of Bruinia
December 10, 2013 18:59