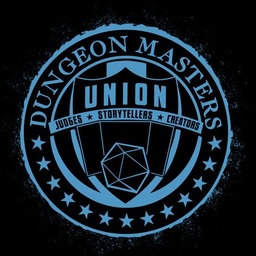 Divorced father of 2 wonderful kids. Restarting life and sometimes confused by it. Working on finishing my Degree in Management Information Systems at UT Martin. Full time geek, part time nerd. Just trying to keep my sanity in an insane world.

I have been a gamer since 1984 when I was introduced to a crazy game called Advanced Dungeons & Dragons. Finally, I could be a character in all of the fantasy stories I had been reading. I joined the Navy soon after & discovered that to find a game is hard as a player. I decided to become a Dungeon Master in order to facilitate finding a game. I played 2e and started to buy other games. I purchased many games, but enticed few to try them. I played briefly in a Rolemaster game, wanting the experince so I could run the Spacemaster game I bought. I grabbed, Torg, Star Wars d6, Mechwarrior (being a Batlletech fan), Buck Rogers XXVc, Runequest, and Gamma World 4e. During that time I was introduced to some games as well, Space Opera, The Morrow Project, Traveler, Twilight 2000, Top Secrete, Conan. I come back to running D&D in some form or fashion as that seem to be the game more people know already. I loved the OGL movement & d20. It started a trend of using the same basic rules for many games. When Wizards of the Coast abandoned the idea, I felt betrayed by my game. Now I am happy to see Paizo pick up the Open Game License banner & keep it alive in the form of the Pathfinder RPG.

DungeonMasterLoki created the wiki page The Book of Dukagsh
December 29, 2020 03:33