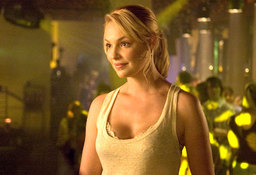 Constance York (aka “York”) is a young Shepherd. Born on Persephone, her parents thought that moving to the Core planet of Bernadette would be a safer place to raise a family. They were naive and just believed the Alliance’s reports of the planet and were unaware of the thriving slave trade on Bernadette. Almost immediately after arriving on planet, they trusted the wrong people, were kidnapped and brought to a terraforming station. They lived in slavery for several years.

A group of Shepherd’s from the Order on Bernadette have been rescuing slaves for many years in an almost underground railroad. York was saved, but her parents were killed in the escape. The Order of Shepherds took York in and raised her. When the time came she took her vows, as expected, and after a short time recieved her own parish.

York’s parishship came at a rough time in her life. Never coming to terms with her own abduction and her parents’ death, she found her faith shaken. When sent on her own with a parish and expected to have charges, she floundered and started acting very “un-shepherd” like. The last straw was when she got full body tattoos of the bible striptures she’s vowed never to forget again. The Order could no longer ignore her erratic behavior and “requested” she step down from her parish.

York sold all her worldly possesions (she was never any good at that whole “shepherds live in poverty” thing) and hitched a ride on the Bonnie May. Captain Wolfe, being the ass he is, didn’t find York very shepherd-like and decided she was pretty enough to hit on. It was not reciprocated! Actually, York decked him…time for another tattoo.

York found herself giving Wolfe the silent treatment most of the time and started to reach out to the crew members of the Bonnie May…her new parish.

mb0uch3r updated the character Cassandra in the campaign Edge of Darkness
April 21, 2017 23:54

mb0uch3r updated the character Cassandra in the campaign Edge of Darkness
April 21, 2017 01:11

oldbone created the adventure log post To Whom it may concern... in the campaign Edge of Darkness
April 15, 2017 12:49