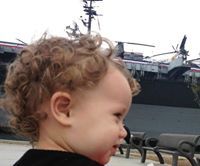 Old School D6 Star Wars Game Master. Started Gaming around 1985, played ICE MERP (very badly), Basic DnD, Advanced DnD, Top Secret/S.I. I ran the Gambit in the Palladium Books RPG’s “Beyond the Supernatural, Heroes Unlimited, Ninjas & Superspies, Palladium Fantasy Role-Playing Game, Revised RECON, Robotech, Teenage Mutant Ninja Turtles & Other Strangeness, After the Bomb, and Rifts”. Moved on to Shadow Run, Played Some stuff from Renegade Legion mostly “Centurion” Finally landing on my Favorite Game System the D6 Star Wars RPG. I have Dabbled in White Wolf’s “Classic” World of Darkness but mostly that was to LARP. I had a 7000 Point 40K army at one point but could never really get into the style of play. Recently Fell in love with X-Wing Miniatures, so, much so that I want to spend too much money and get all the ships..

Lastly I have retired from Active Duty Military Service, so I am ready to figure out whats truly next in my life, but I can say a D6 recurring Star Wars game is going to be a part of that no matter what it is.

IanHoulihan created the wiki page GM and Player Expectations in the campaign Legend of the Five Rings - Like Blood in Rain
August 20, 2019 09:12

IanHoulihan updated the wiki page Home Page in the campaign Legend of the Five Rings - Like Blood in Rain
August 20, 2019 07:53

IanHoulihan created the new campaign Tears of Blood Ink in the campaign Legend of the Five Rings - Like Blood in Rain
August 19, 2019 06:39