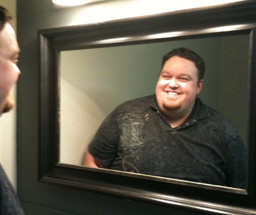 Wow, I’ve been gaming now for 13 years and I have an addiction for both new gaming systems and rolling up characters.

I believe in ROLE play not ROLL play – the rules are important to learn, and then toss (not the other way around). By nature a good game MUST be character driven because a GM cannot control the people – if the game runs only on plot, there will be a lot of PCs run over by steamrollers – and that is not the way to integrate the players into the story.

I used to run a couple of different play by post games and logged 22,000 entries in just one year. But the response time is only good for the first couple of adventures, and I hated how often I had to steamroll to move things along – “Harriet just stands there and waits” was an honest post from one of my players.

Play by Chat is fun, and play by voice chat is better, but there is no visual representation of a table with the movable pieces. I’ve tried internet white boards and other events to try to get things moving too which is helpful but clunky. Nothing I’ve found substitutes for a good old tabletop group.